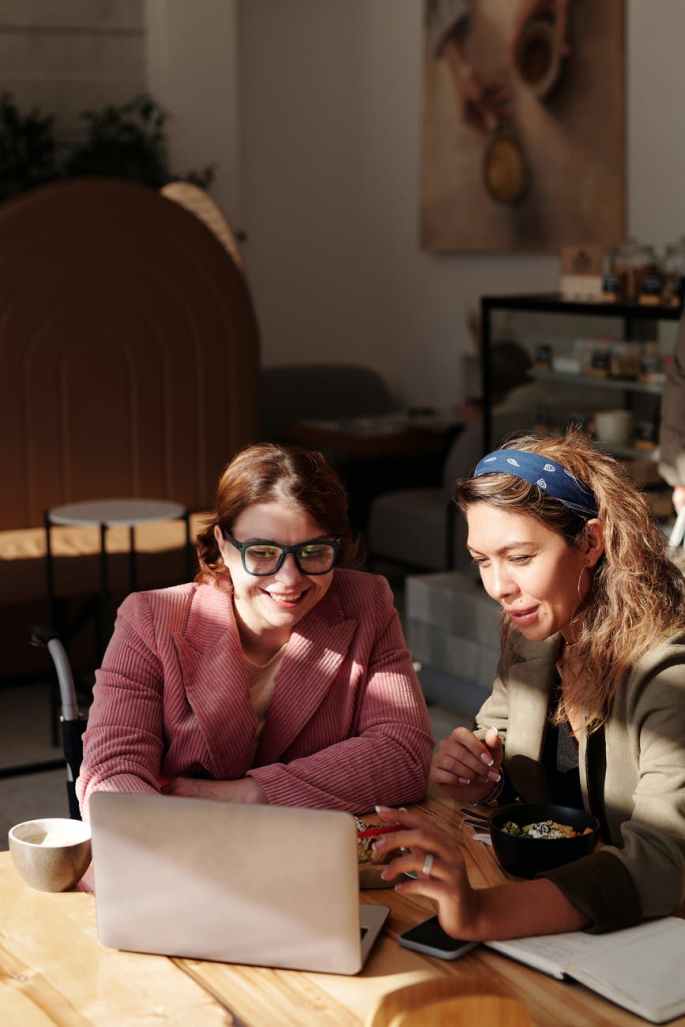 I am awestruck by the miracle of faith. My faith came to me not from some demand made by my parents, although they brought me to church and spoke of their faith, but simply put, my faith came from God .

I can hardly count all those whose lives inspired me along the way. The most effective witnesses were those who lived joyful lives like my friend and colleague, Marie Julie Reineke, SND. Sister Julie had a beautiful smile and gentle ways. I met her in 2007 when I accepted my first teaching position. I had come to teaching late in life. I was 52 years old, had recently completed a bachelor’s degree in English and a Master’s in Education (grades 8-12), and held a naïve image of what my teaching career would look like. I imagined bringing the wisdom of my years as a human resource specialist to my students, inspiring them to become good writers and verbal communicators, and they would be motivated by my dedication and my enthusiasm. They would hang eagerly on my every word, obey my rules, and produce excellent work of which both they and I could be proud.

Then school started and reality set in. I was teaching sophomore English and Theology, as well as junior English. Frustration was the order of my days and nights. I struggled to keep ahead of my students as I prepped three courses for the seven classes I taught, and counseled, graded, and commented on students’ efforts all while keeping up with an endless stream of faculty duties.

In the midst of these struggles I met Julie. She taught Theology across the hall from me. Her calm demeanor and quiet encouragement inspired me. She never commented on my frustration. She never gave suggestions on how I could manage my classroom better. She did not give advice on how to perform more efficiently. She accompanied me. I knew she was with me, on my side, available, and her presence was enough. I accepted my limitations. I grew more patient. I tried to follow her example. I tried to smile. I tried to love. I tried to let go of perfectionism. Julie accompanied me the way Jesus accompanies us.

Jesus is with us, beside us, available. His presence is enough. I was drawn to follow Jesus by her example. With Jesus I can accept my limitations and be more patient with myself and others. I can smile. I can love. I can let go of perfectionism.

I look back and see exactly how God worked through Julie to reach me. Which brings me back to the miracle of faith. The miracle that someone else’s faith affects mine. My faith affects the faith of another. That knowledge is almost too much for me, so I write about it and talk about it with others.

I also know that we need someone to talk to who understands this miraculous concept. For me, that has meant sharing my faith with a spiritual director. While Sister Julie accompanied me one way, my spiritual directors came alongside me in a different way to nurture the miracle of faith.

In their book, Spiritual Direction: A Guide for Sharing the Father’s Love, Thomas Acklin, OSB and Boniface Hicks, OSB write:

Spiritual direction is an opportunity to open one’s heart totally to another person, sharing the most intimate memories and experiences, all the way to the foundation of one’s being: the relationship with God. […] Through spiritual direction, a person can develop [a] one-on-one relationship with God and at the same time discover new depths in [their]own soul. [They] can also allow love to heal and transform those depths.

In the twenty years that I have met with a spiritual director, I have come to know God intimately, and as Acklin and Hicks suggest, love has healed the depths of my soul. As my relationship with God grew deeper, my most transformative discovery was that God chose me.  I was chosen and affirmed in a new call as a spiritual director — to accompany others, to be beside them, to be available, and to be truly present to them. It is a mission that brings me great joy, and my joy is magnified by the sure knowledge that my friend, Julie, is witnessing that joy from her place in heaven.

God chose me. God chose you. Where did your journey begin? When did you become aware that God was stirring your heart? Whose faith awakened a desire in your heart?

Interested in learning more about spiritual direction? You can read about why others make time for it here.

Sharing some great news with you today. I am happy to tell you about a new blog that I’ll be contributing to – Into the Deep: exploring Ignatian Spirituality through the voices of women. I join a team of talented, faith-filled women who will contribute to this new blog. What makes Into the Deep unique is that all of the writers have an Ignatian background and will be sharing on topics related to Ignatian spirituality and the Spiritual Exercises of St. Ignatius. I am honored and excited to have a role in this new venture, collaborating with these awesome writers!

Our Into the Deep blog has an amazing team of regular contributors, all women, and all trained in Ignatian spirituality and Ignatian ministry. We will remain committed to providing reflections and resources for you to go deeper in your walk with Christ through the lens of Ignatian spirituality.  While we are an all-women writing team, our blog is not only for women, but for all seeking to dive into the deep.  We will explore prayer, discernment, faith in action, Jesus, love, mercy, and hope. Dive deep with us!

It promises to be a blog that provides the resources and tools to help you dive deeper into your relationship with Christ. I hope that you will join us! 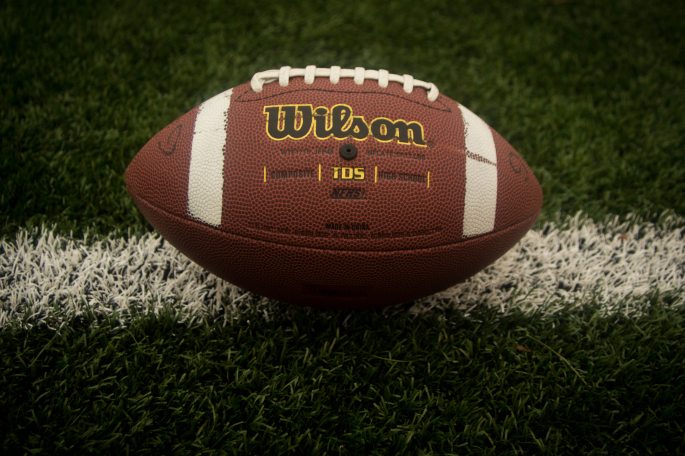 This was written before COVID-19 became an imminent threat & changed our daily experience, but Christ’s love & mercy never changes. May God give each of us peace, hope, & open hearts during this time.

I like to think that I’m pretty well-rounded. I’ve worked in Human Resources; I’ve done secretarial work; I’ve raised three children; and I’ve taught high school English and Theology. But I’ve never played a sport, coached a team, or sat through more than a few minutes of football without resorting to people watching.

I mention that because several weeks ago God surprised me with an image involving football. I was praying with the Sunday scripture, The Baptism of the Lord. The questions given in the reflection material were “What has been your most difficult response to your baptismal commitment? What gave you the strength to get through it?”

The reflection took me to images of the day I was baptized. I looked at a picture of my godmother. She represents the beginning of my faith life. But after thinking about my baptism, I recalled how I had stopped practicing my faith as soon as I left high school. I remembered those years of so-called independence, making decisions without God; poor choices that led to confusion, hurt, and a cycle of sin, remorse, and self-loathing.

I remembered clearly how I had always had the desire to do “right” even when I chose “wrong.” And then, deep in reflection, I saw an image of Jesus as a lineman running with me! He had run alongside me my entire life, just like a lineman runs alongside the ball carrier.

Jesus was clearing the path for me during those times. And suddenly, instead of feeling guilty about those years, I felt joy. I recognized that God had never given up on me, and still is with me!

In Jesus’s story of the Prodigal Son, Jesus shows us a Father who welcomes his son with open arms when he returns home. In fact, in this parable, the Father says of his recalcitrant son, “he was lost and is found.” (Luke 15:32).

This son has been “found.” The son had lost his way; he could not find the right path.

The path has been cleared for the lost son.

Finally, notice how the father runs toward the son:

“while he was still a long way off, his father saw him and was filled with compassion for him; he ran to his son, threw his arms around him and kissed him” (Lk 15:21)

The father cleared the path for his son! – much like a lineman clearing the way for a ball carrier. The father has made it evident that the son’s path is clear; he need not DO ANYTHING SPECIAL – he has been forgiven!

How many times have you or I lost our way? Made a sinful choice. Refused God’s love. Failed to be present to God or to someone who needed us. We, too, have lost our way and need Jesus – the lineman – to clear the path for us! And he does, he always clears our path with forgiveness, with mercy, and with great love. We just need to notice Jesus there with us.

In the Lenten Season we worry about how we can do something special. Giving up chocolate or soda doesn’t seem very spiritual, yet often that’s what we end up doing, just so we can feel like we’ve made some sacrifice.

What choice might help us to walk closer to Jesus?

Jesus is our lineman.

He is there to get us to the goal line. Like a good quarterback, we have to communicate with the lineman.  This Lent, can you focus on getting into the huddle with Jesus? To sit silently with him? To tell him what’s going on with you?

Ask Jesus to clear your path. Ask him to accompany you on the road that is not easy.

Photo by Skitterphoto from Pexels